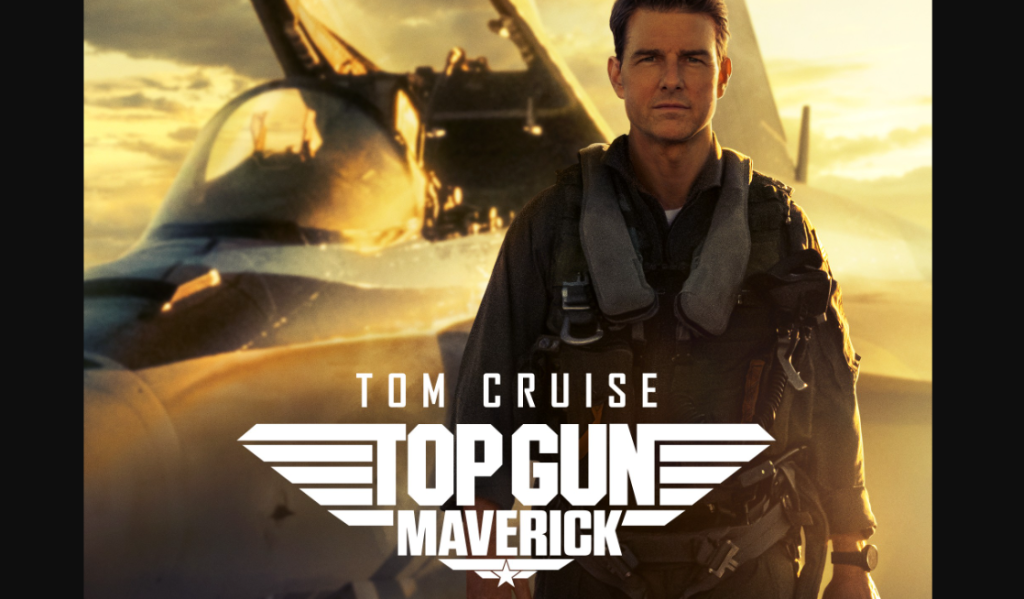 Oh boy.. This is not going to go over well with people. Seeing how the movie is currently rating in the high 90’s on RT for both critics and the public and has broken every box office record, I will catch some flack for this review of what I consider to be a bad movie.

I went into this one really looking forward to seeing it. Not because I am a huge fan of Top Gun (the original movie rates an above-average 72% on Baldy Potatoes) but because I was under the impression that this movie could stand alone and was well-made. Well, it can’t. It is chock full of “member berries“, as in, it flashes back to the original way too often.

Details
The devil is in the details as they say. This move is loaded with mistakes. First off, Goose’s son “Rooster” would be 40+ years old. Yet he is only a Lieutenant (0-3) in the movie and is a young man. They try to explain this away by saying that Maverick sabotaged Rooster’s career while he was at the Naval Academy. Totally ridiculous. It felt like they reverse-engineered that plot-hole as well as the many others. Maverick being a 60 year old Captain (0-6) test-pilot is another ridiculous detail that they had to explain away. You see, he keeps getting into trouble and Admiral Ice Man keeps bailing him out. (eye roll) Yuck.

Casting
Ed Harris plays the role of a rear admiral. He is 71 years old in real life and looks 85 in the movie. There are no 71 year old military officers.

The group of the “best pilots in the world” were basically the United Nations of central casting. You have the perfect mix of minorities to check all the boxes and of course a punky female. The two white guys in the group play the hateable and arrogant ace pilot character (very cliché) and the nerdy four-eyed navigator who is typically goofy and dorky (even more cliché).

Acting
Within the first ten minutes I knew I was in trouble. Maverick moseys on over the multi-billion dollar Mach 10 super secret aircraft to take it for a spin. The hangar door is just hanging open. Walk on in if you like. The acting and dialogue of the guys in the hangar was terrible. They had to have shot it in one take. By the way, he bails out of this plane while it is going Mach 10+, something which would kill a person instantly. Anyway, the movie is loaded with bad, shallow, unrehearsed acting.

Jennifer Connelly plays Maverick’s girlfriend. She was pretty good in this I have no complaints.

So much, I don’t know where to start. There is one part which actually brought some comic relief and was well-written but was then instantly sabotaged in a “debbie-downer” moment. Maverick climbs out of the upstairs window when his GF’s daughter comes home so as not to get caught. He flops onto the walkway outside the house. As soon as he looks up, the daughter is staring at him incredulously. The theater full of people laughed. The buzzkill moment then came instantly as the daughter said “you better not break my mom’s heart… again”. Oooof. You could hear the laughter-filled air leave the room like a leaky balloon.

The entire mission was bullshit
The mission which these bozos were put together to pull off could easily have been done with a myriad of other weapons in the U.S. arsenal. Cruise missiles, stealth planes, even a large sortie of planes with GPS guided smart bombs could have pulled it off. When I remarked this to my friend Liz, who went with me, she said “well then we wouldn’t have a movie if they did that.” My response was “well, we don’t have one now.” Liz then asked “do you think Maverick will get killed on this mission?”. I replied “Hopefully”.

I was way over it. And just when I thought it couldn’t get worse, it did. The pilots were shot down over enemy territory and instead of trying to capture them (A U.S. pilot is worth their weight in diamonds to a foreign government), the enemy just sends a helicopter to kill them. Then the pilots just waltz right onto an enemy airfield loaded with enemy soldiers and steal a plane. WTF!?

A friend of mine asked me “yeah but isn’t that what movies are about? You suspend disbelief?”. Yes, Super hero movies with lasers coming out of people’s eyes are for suspending disbelief. The original Top Gun was rooted in reality. This movie was a super hero mock up of Top Gun. It was wildly cartoonish in my eyes.

The attack on the nuclear refinery at the end was pretty exciting and the flying felt authentic as they had the actors shoot the footage in real aircraft. But even the unprofessional way the actors all bantered to one another about falling behind was not realistic. They were like teenagers playing a video game and not professionally trained fighter pilots, you know, “the best of the best”.

I thought this movie was bad and would not recommend it to discerning audiences. If you have an evening to kill and there is nothing in your que and want to see what Tom Cruise has been up to in recent years then maybe check it out. The fact that it clocks in at 2 hours and 7 minutes almost makes me not to want write that last sentence. The movie sucked. I really wanted to like it but I didn’t. I give it 33% on Baldy Potatoes.