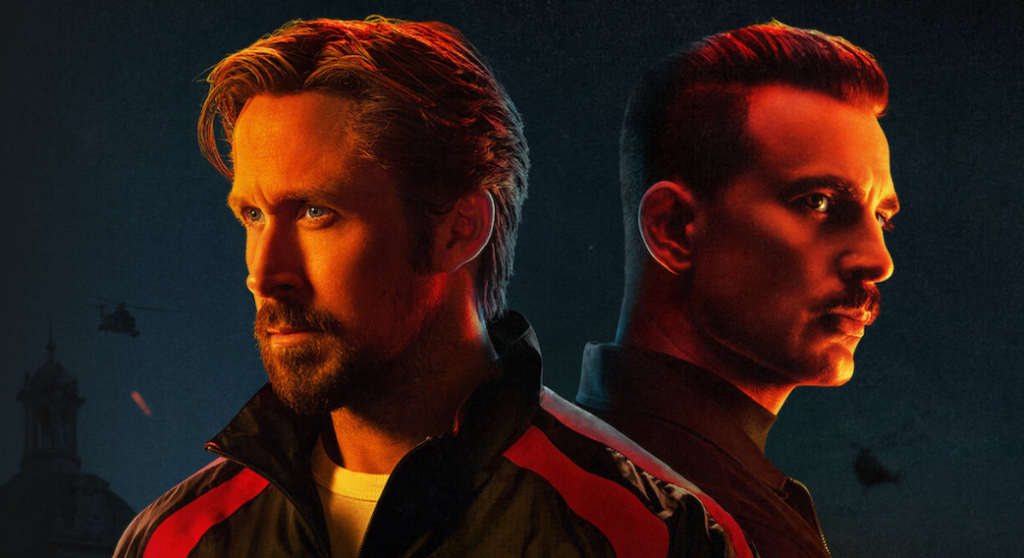 I was pleasantly surprised by this one. The general public on RT had it at 90% and the critics had it 50%. That is actually the perfect recipe to watch a film. The critics are always wrong because they have woke standards and they get kickbacks.

Even though Ryan Gosling is basically the same guy in every movie (tough guy that doesn’t smile or show much emotion at all for that matter) but I happen to enjoy his movies. Sometimes we all want to root for the guy who is just good at kicking a$$.

This one had enough of a backstory as well as some real character development to match the raw and intense action scenes. The secret killer spy stuff is always intriguing to me. Even if it has been done 50 ways to Sunday. It’s always good to see how they will try to put a new spin on the genre. In this case, they take ex-cons and make them into government agents who kill when ordered to. They call it “The Sierra Program”.

I am not a huge fan of action flicks unless it is done just right and is pertinent to the story. I have to say the Prague scene was quite impressive. Overall, I will give this movie an 87% on Baldy Potatoes.

I don’t know how it could have been improved. Maybe a slight trim in run time. It is ultraviolent which may be a bit of a crutch. The heavy (Chris Evans) in this film was really good. He was believable as a sociopath. Maybe there was a little too much of a woke casting too. They seemed to check off every race and sex box. Hollywood is getting really transparent in that regard. Can you imagine if they tried to make Goodfellas today? They would have to write in special characters to meet the quota. Meet Henry Hill’s friend Vernon from Harlem. Etc. etc.

Anyway, its a good entertaining flick with terrific action scenes, pacing and character development. It can be seen on Netflix only.