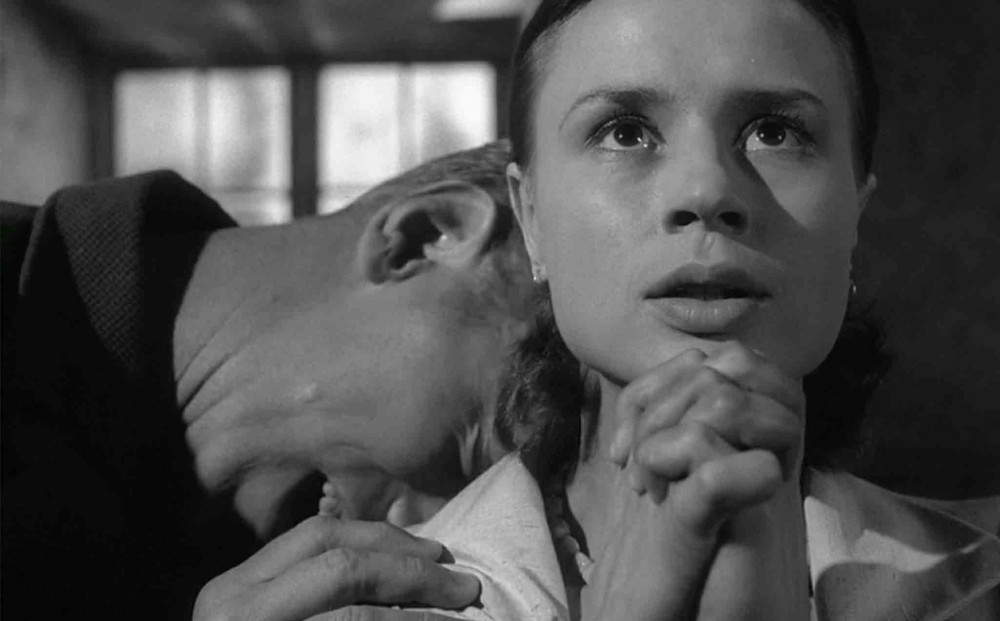 A 1961 film which really dives deeply into the topic of mental illness. Actress Harriet Andersson puts on one powerful performance.

Director Ingmar Bergman puts together a very entertaining and very taboo film for the time. Bergman uses many of the same actors for his films. This one is no different. Max von Sydow plays Martin, a man in love with a mentally ill woman.

I thought Gunnar Björnstrand really shone through in his role as the father, a man plagued by his own demons. No one escapes the madness in this Swedish drama.