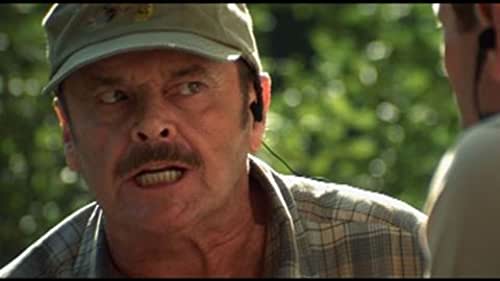 This movie starts off interestingly enough but the story drags on. Is it a murder mystery? Is it a romance movie? It tries to be both ultimately falls flat.

When you look at the names tied to this project you really expect something special. Besides Sean Penn directing it, you have these incredible actors:

Look at that list. You would expect something great from it wouldn’t you? Sadly, its just window dressing. Most of them have tiny parts. It seemed more like a wish list for Penn of people he wanted to direct. Del Toro’s part is almost comical. I thought it was a joke at first. The voice he puts on.

You see a lot of Sean Penn type themes in this. You have the mentally challenged guy. You have the crimes against children storyline. You have the birds flying in the backdrop with just a hint of “Blackbird” by the Beatles in the soundtrack. By the way the soundtrack was pretty good. It was done by Hans Zimmer. But I digress.

Since this movie was made before Mystic River then you can possibly leave out the crimes against children part. But this movie actually seems like a warm-up for Mystic River which Penn made two years later albeit with Clint Eastwood at the helm. That picture was nominated for six Oscars and won two, Penn winning one of them for Best Actor. If at first you don’t succeed, hire a director that knows what he doing I guess.

All in all this movie was a dud. The way Nicholson’s character suddenly becomes a dementia patient in the course of an afternoon was a bit befuddling. Did a great deal of this movie get left on the cutting room floor? I don’t know. It comes in at over two hours as it is. About half of that is nothing but frustrating.

I give it 58% on the Potato meter. If you have absolutely nothing left in your que, then possibly check it out. But personally I say skip it.