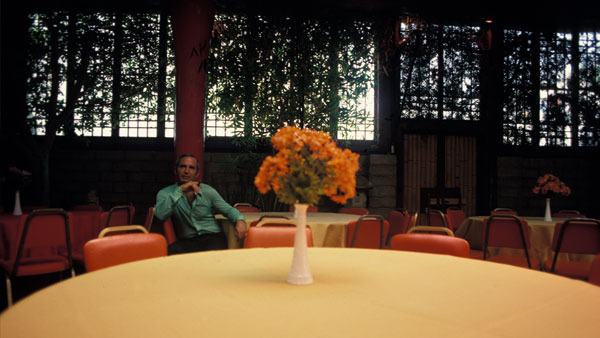 I definitely had that feeling of “what am I watching?” and “wtf did I just watch?”, but not in a bad way. This movie is loaded with story and character development. A person used to today’s “cut to the chase’ cinematic formula or anyone with ADHD may not find this movie appetizing. For me it set the hook, caught me and slowly reeled me in.

A story about a semi-sleezy strip club owner who is tasked with killing a Chinese bookie to pay off a gambling debt is not one you have heard of before 1976 or since. I mean, how can you make that story into a 2 hour movie that is watchable? Well, screenwriter John Cassavetes was able to pull it off. The formula for success appears to be one in which you follow this guy around in his strange existence for a while and see how he gets himself into trouble. Then you wonder how the hell he will get out of it.

Lead actor Ben Gazzara is really authentic. He really comes across as a low-rent Frank Sinatra with a hidden dark side. Gazarra does a fantastic job saying his lines without them feeling rehearsed. I wouldn’t be surprised if some of the dialogue was ad-libbed because it comes off as being so natural. In today’s era this is a role that an actor like Juaquin Phoenix would take and excel.

Supporting actors Seymour Cassel and Timothy Carey turn in very noteworthy performances. I’m not sure how well this movie or these roles were received at the time (1976) but they sure made an impression on me here in 2021.

The movie leaves out enough detail to where you have to fill in some of the blanks yourself and you never get answers for some of the many questions you may end up having. I guess that is intriguing too. That is something you don’t see so often in today’s cinema either. A screen-testing would have had them go back and fill in the blanks more and probably wrap up the ending in a nice little package complete with a red bow.

One of my only criticisms is that the movie runs a tad long. It feels like there is a solid 20 minutes which could have been edited to made the movie come in under the 2 hour mark. As it stands the film runs at 2 hours and 14 minutes. There were also some issues with the sound.

A well rounded cast, guerilla style film-shooting, superb acting and a great screenplay make this movie a certified fresh potato. I give it 77% on the Baldy Potato meter.