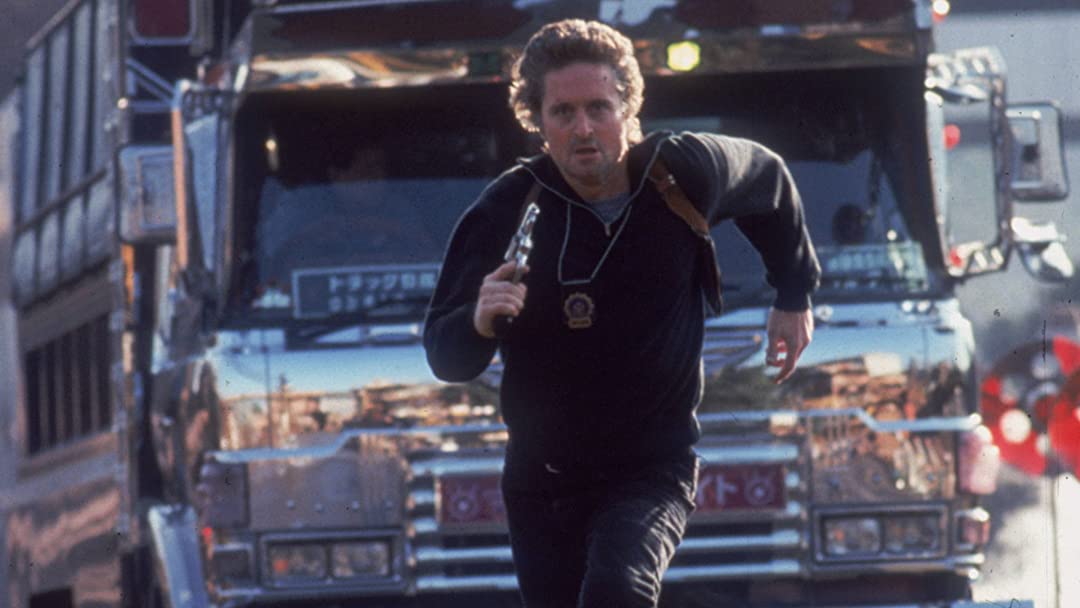 This 1989 picture seemingly had everything going for it. The director is Ridley Scott and the star is Michael Douglas. It should be an automatic slam dunk.

I remember when this movie came out. I was like 11 or 12 years old. The commercial they played all the time was a clip of Michael Douglas running down the street, then stopping to shoot, a truck is approaching behind him so he doesn’t shoot and instead he starts running again. That clip is the perfect analogy of this movie. It heats up and looks promising but as soon as you think its going to get gong it gets stuck in its own storyline.

There are so many facets they try to cover and most of them don’t work out. His partner, played by Andy Garcia, has victim written all over him. He is too charming and happy-go-lucky to not be killed. I’ve always found Andy Garcia to be annoying anyway so it was a relief when he got killed in a ridiculous motorcycle attack scene where he just stood in the middle of the bikes and let them take stabs at him.

The female love interest plotline was ridiculous and never gained any real traction either. She was not that interesting and didn’t have any characteristics which made her especially likable or memorable.

There were some bright spots in this movie however. The actor playing the Japanese cop (Ken Takakura) who helped assist the two NYC cops in their fish-out-of-water escapade. And the main villain (played by Yusaka Matsuda) was played very well and was believable as a true psychopath. The final action scenes were pretty good. Overall the movie was way too long, had too many elements in which they were trying to incorporate and didn’t have any real flow. I give this movie a 50% rating.