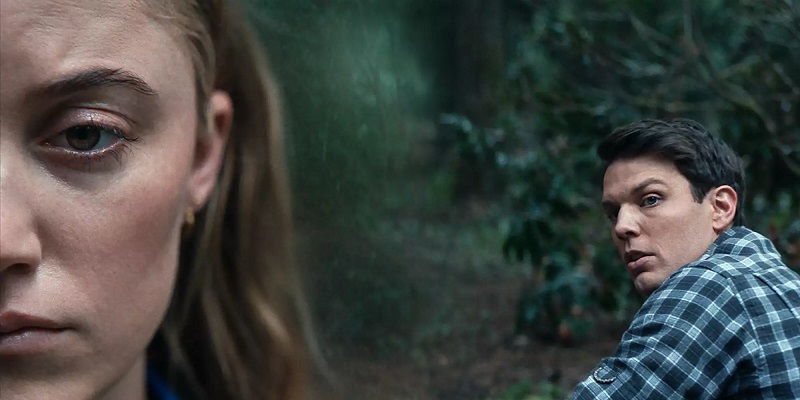 This one was recommended to me by my ol’ pal. He didn’t give anything away. He just told me to give it a watch. Judging by its cover (something they tell us never to do), my natural inclination was to think this may be some sort of bear attack story or “survived by the skin of my teeth” flick. Boy was I wrong. The very first scene in the movie shows an alien land on the planet. Nice! Now my interest is really piqued!

The run time itself is intriguing as well. I love 90 minute movies. And anything over 2 hours and it better be good!

I am definitely not here to give any spoilers but I’ll say the movie will surprise you. It starts a little slow but is necessary to build up the dynamic between the boyfriend and his girlfriend. The ominous backing score adds tension when needed. The music soundtrack featured three or four great songs from way back in the days.

Acting, direction, pacing were all good. The special effects were good enough to get the job done.

Give me a 90 minute alien flick set in the woods and I am as happy as a pig in slop. I rated this movie at 85% which means that I found it to be very good and would recommend it to my friends.