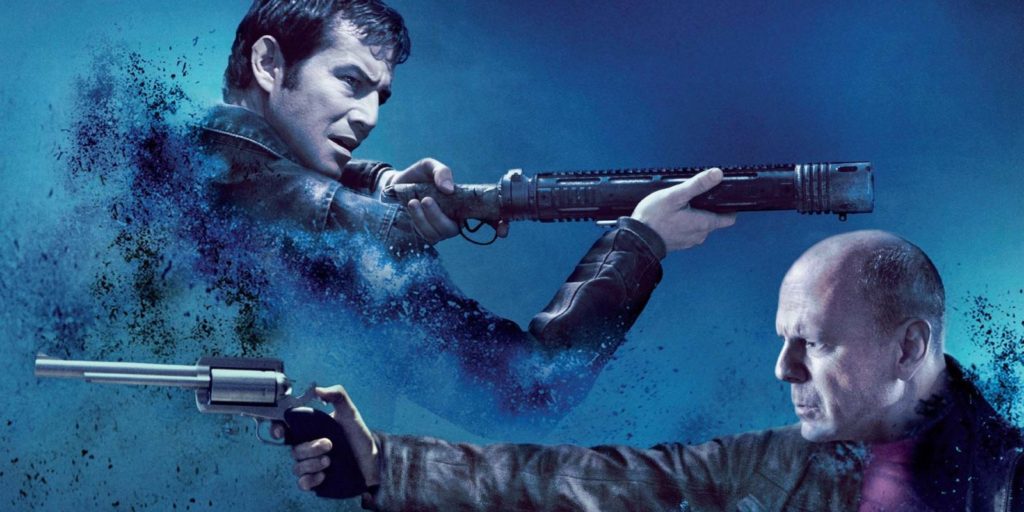 This is one of the better time travel movies from this particular era in cinema. Joseph Gordon-Levitt plays his role well and is charismatic. The time travel stuff is really fun and entertaining at a surface level but if you spend any real time thinking about it, it will all come unraveled.

The entire concept of a time traveling hit-man service really is brilliant and is exactly the kind of movie you would find Bruce Willis in. There are some great action scenes in this one as well and the choice of weapons is really cool too. They use an oversized revolver from the wild west days and a blunderbuss from the days when wooden English ships ruled the oceans.

There is an interesting take on the “would you kill baby Hitler” question. The main character in this movie has the chance to prevent billions of deaths in the future by taking out the person responsible for these deaths. In the earlier timeline this tyrant is only a child. The movie puts us in an interesting and thought provoking spot in regards to this facet of the story.

The little-kid-having- super-powers was a bit over-used during this period in society and one scene almost looks exactly like that Skrillex video.

Jeff Daniels is great in this movie. He always steps up to the plate. The mom/girlfriend is typical and unremarkable.

Anyway, this one is worth the watch and keeps your attention from beginning to end. It’s not perfect. It has some tired tropes and like I said the time travel stuff doesn’t pass the smell test. But its good.  I give it a 78% on the baldy meter.