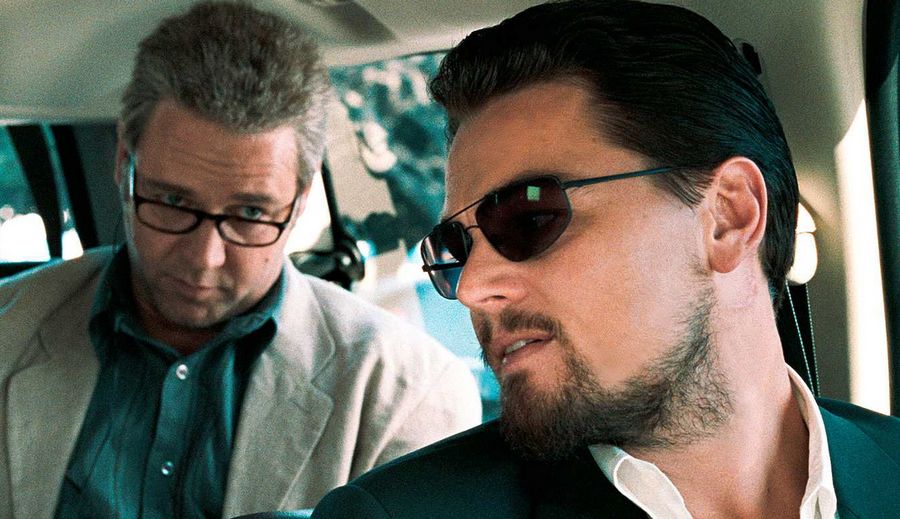 This 2005 movie starred two superstars who were at the prime of their career. Although this movie wasn’t very well received by the critics, 2 out of 3 members of the general public liked it.

Just five years removed from Gladiator, Russell Crowe plays a fat middle-aged dad who controls the war from his D.C. suburb. I remember when I first saw this movie I was surprised at the transformation of Crowe from Gladiator to this portly older man.

Watching this movie again 17 years later I appreciate Crowe’s performance more than I did at the time. A great actor plays what’s on the page and for this film he really became his character.

Leonardo DiCaprio, as he always does, gave this role 100% effort. The problem is that this role was miscast. His character is supposed to be kind of a North Carolina hick that made his way up through the intelligence business after a ton of hard work in the field. Hearing Leo try to be from the countryside of N.C. is painful. The role would have been much better for an Eric Bana or someone who is more believable as a country-boy made good.

This movie isn’t great by any means. But, it is entertaining. The performances turned in were maximum effort and there wasn’t too much fluff. Overall the this potato is cooked and ready to eat at 77% on the potato-meter.